The BBB, by excluding >95% of all systemically-administered therapeutics from the brain, poses a major challenge to CNS drug discovery and development.

Ophidion’s CNS Carrier Technology (or OCCT) employs a “Trojan horse” strategy exploiting an endogenous receptor-mediated transport system at the blood-brain interface and brain-cell surface to deliver intravenously or subcutaneously injected therapeutic cargoes within the brain. Compatible therapeutics include small molecules, gene-silencing therapies such as siRNAs and ASOs, as well as other macromolecules such as antibodies, other oligonucleotides, etc. 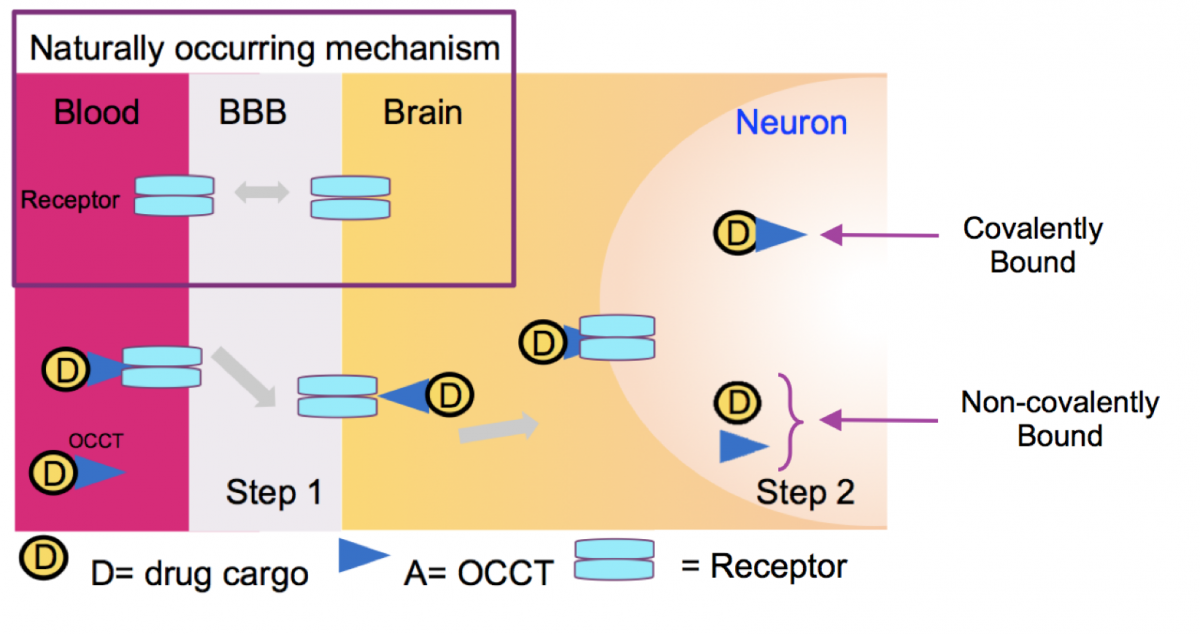